Teachers, Heather Marshall and Lindsey Hyde, share their reflections of a full day spent with young toddlers in the city!

(Heather) An Idea: After visiting a center in Knoxville that has a similar philosophy to ours, I was intrigued that each of their younger classes would often spend an entire day outdoors. I followed up by doing my own research into the benefits of outdoor play — fostering physical and social development and experiencing the environment — then pondered whether our outdoor space would offer the same type of benefits to the children. It finally came down to the realization that we would just have to try it to see how it worked out.

(Lindsey) Prep: To prepare for our day outside, we made a list of everything we would possibly need that wasn’t already on the roof and gathered most of it in a box, then brought it up the day before. The prep box included activity materials, paper supplies for lunch, separate bags for each child’s sheets and blanket, and mats for nap. We also began telling the children about what we had planned to help them realize that the day would be a little different.

(Heather) Up to the roof: As we made our way to the roof we could tell that the children knew something was happening. We carried up our final supplies including morning snack. A couple of children were a bit distressed thinking that snack was going away, but the smiles came back as soon as we sat down to eat at the picnic table. As the children finished and cleaned up they began their typical play on the roof and we set up the activities.

(Lindsey) Leaves: One of our activities was a leaf pile for the children to play in and investigate. We had to bring in leaves because there are very few on the roof. When I opened the first bag of leaves and dumped its contents, Cassidy and Vin came over to check out what I was doing. They helped me dump a couple more bags, then started shuffling through the pile hesitantly. As they grew bolder and louder in their exploration, Paul came to join them, then Patrick, and Aziza, and so on until it was an out-and-out party in the leaves! Eventually the kids brought in tools to manipulate the leaves, including gardening tools and even a construction hat. This center remained busy the entire day.

(Heather) Other Activities: We planned several other activities including hammering golf tees into a pumpkin which was a big hit. It was a task that demanded their full attention but was also something with which they could be as powerful as they wanted. Various nature items were on other tables, and as always the dirt and sand were popular. What was even more exciting was that as the day progressed they created challenges of their own, climbing to great heights and hiding in tight places.

(Lindsey) Lunch: Lunch felt a little chaotic, in terms of getting everyone cleaned up and seated with cups, napkins and spoons, but all kids were fed with the right lunches, and that’s all that matters! 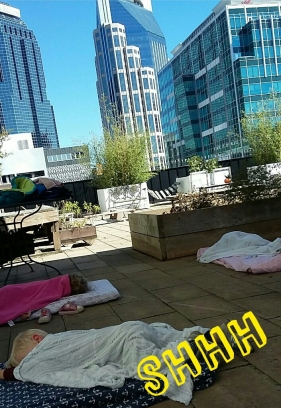 (Heather) Nap: Wow! This was it!! The big test of the day. Would the children sleep outside? This was the only concern that we had heard from a couple of parents. We set up under the darker sunshade; the sun was in that area of the roof so it was actually very pleasant as far as the temperature was concerned. Guess what? It went as smoothly as any other naptime. The children saw their mats and laid down and went right off to sleep. Even through all the construction noise they slept well. The only glitch was that the children’s sheets and blankets got extremely dirty but a good washing fixed that right up.

(Lindsey) Final Thoughts: I thought this was a great day! The whole process was a learning experience for all involved; there are some things we could have done differently to make it go smoother, but I would love to try this again with modifications. I believe getting to sleep on the roof was perhaps one of the best benefits for the toddlers, so hopefully we can work that out for another nice-weather day!

(Heather) Final Thoughts: What an amazing day! The thing that made the biggest impression on me was that the children’s play began to change the longer we were on the roof. It progressed from very typical, what we see them do daily, into an in-depth, attention-rich, bolder play. Over and over again we saw evidence of them taking more risks, exploring areas that they don’t normally explore and experimenting in those areas. This was all possible because they had the time to do so. The biggest benefit from a day like this, in my opinion, was TIME. 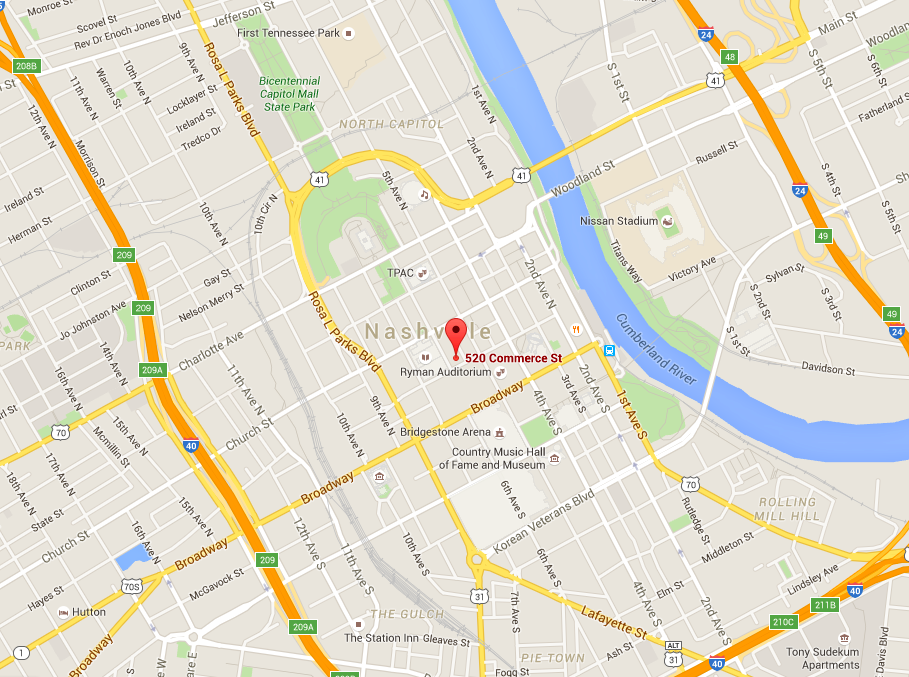 Calendar of Closings for 2021