Our staff is composed of well-trained and deeply caring professionals.  All caregivers undergo extensive background checks, have CPR and First Aid certifications, and participate in on-going professional development.

The founding director of our program in 1990, Cindy Lea Ligon has almost 40 years of experience in the early childhood field.  Cindy has a BS in Child and Family Studies with an emphasis in Child Development from UT, Knoxville.  She has been a toddler and preschool teacher; a cognitive behaviorist with children with social/emotional needs; a writer and editor of ECE training materials; the director at three diverse early childhood programs; and an avid trainer on the local, state and national level. She serves as the President for the Tennessee Association for Children’s Early Education (TACEE); is an active member the TN Reggio Study Group; and is passionate about respecting young children and their families and supporting the play, inquiry and joy essential for a rich childhood.

One of the original McKendree teachers, Betty Witt, was on hand in 1990 when we welcomed our first family into care.  Betty spent most of her McKendree years as an infant and toddler teacher, and because of her exceptional work ethic and leadership, she was also the center’s Director Designee, assuming responsibility in the Director’s absence.  In 2015, Betty was officially named as the Assistant Director and moved full-time into an administrative position.  She manages accounts payable, staff scheduling, and a barrage of other managerial tasks that keep the center ticking.

Anthony Creasy joined our team as a preschool teacher in 2009 but moved into a new role as our center Atelierista and Pedagogical Coach in 2018. He brings his exceptional skills as a provocative early educator both to the studio with children and to the collaboration table with teachers. Anthony earned both an AAS in Early Childhood Education, and a BS in Liberal Studies with a concentration in Communications and Child Development.

With a passion for caring for others, Tina Yarbro joined our program in 1993 as a toddler teacher and has been a consistent and loving infant and toddler teacher ever since.  Tina has completed the Tennessee Early Learning Training Alliance program along with several child development classes at NSCC.  Because of her exemplary work and leadership skills, Tina is recognized as our Infant Team Leader.

Shirrell Wright started as a substitute and floater with us in 1994 and soon found her calling as a permanent infant caregiver.  She has earned a Tennessee Early Learning Training Alliance Certificate and has additionally taken early childhood classes at NSCC.  She is also a doting mother and grandmother.

While studying for her AS degree in Early Childhood Education, Kathy Pham completed a practicum experience in our program.  We were so impressed by Kathy that when she graduated, we hired her.  She has been subbing for us and has permanently joined the Navigators Class as an afternoon associate educator. 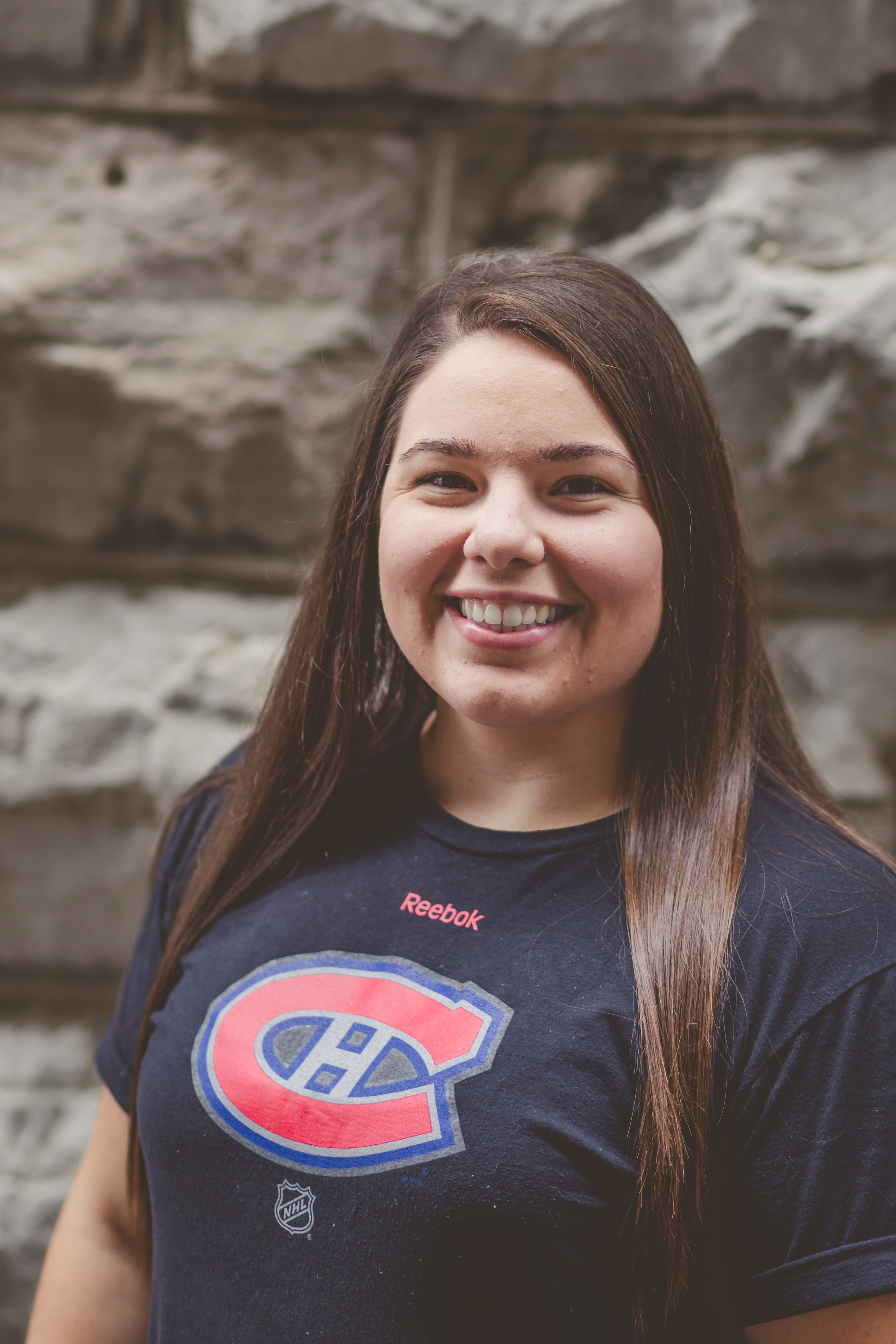 Following extensive experience as our full-time infant/toddler floater, Chantel Thompson joined the Movers & Shakers class as a co-teacher in 2017.  A part of our team since 2015, Chantel moved from a Native American Reservation in Akwesasne, NY to Nashville after earning a BS in Early Childhood Studies at State University of New York.  Additionally, she completed an internship in New Zealand at a Reggio-inspired preschool program. 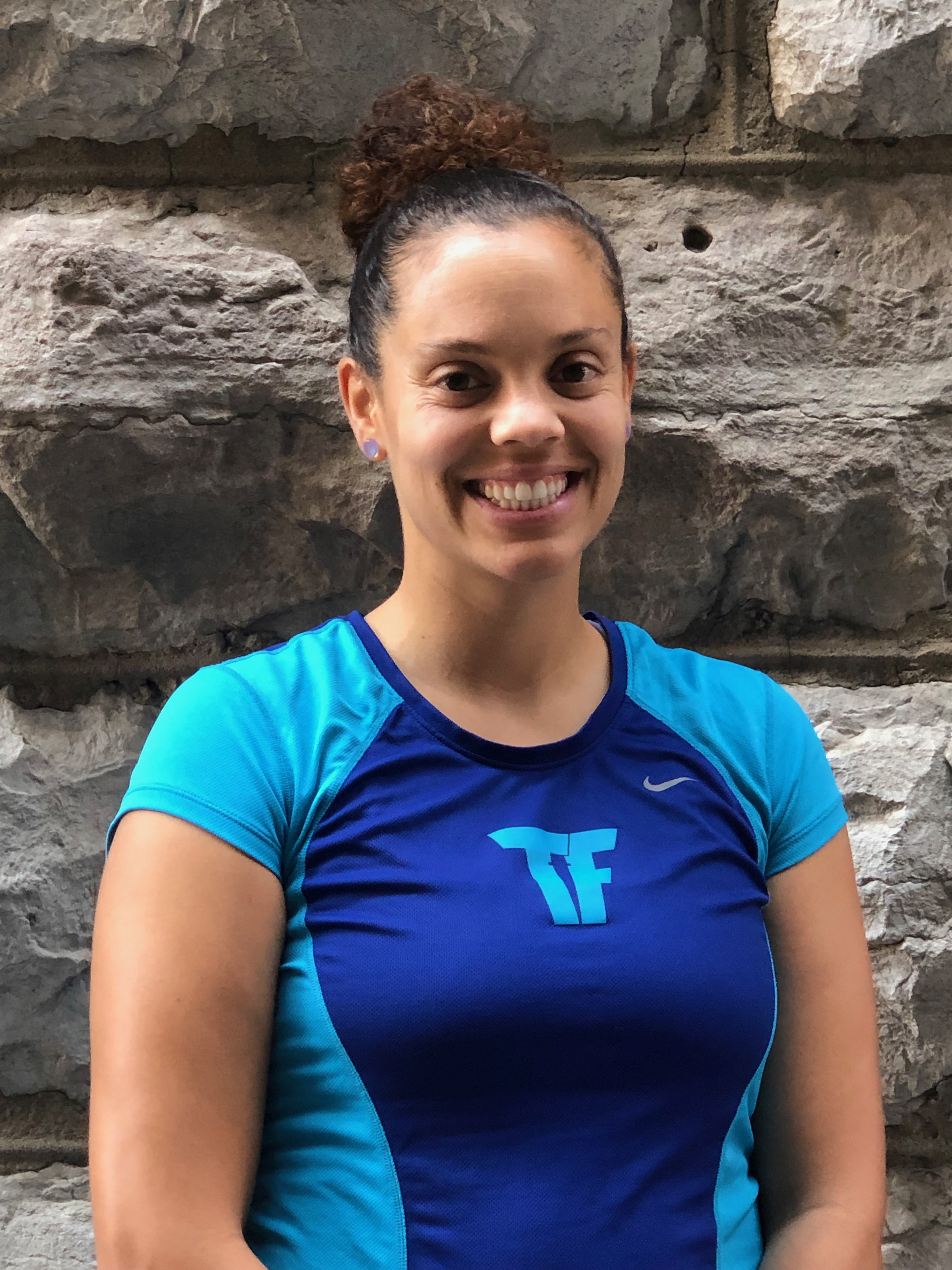 Ryan Maxwell re-joined our program in 2019 as a co-teacher in the Movers and Shakers. Previously, Ryan worked as a preschool teacher with us for a couple of years before moving to California. Nashville is now home again, and we are happy to welcome her back.  Ryan has a BS in Sociology from Fisk University and holds an interest in baby sign language, yoga, and healthy eating.

Debbie McCormick rounds out the Movers & Shakers Class as the afternoon assistant teacher and also spends her mornings as a floater with both infant rooms.  With over thirty years of experience as a teacher of young children (six of these years as an early learning teacher with infants and toddlers), Debbie brings of wealth of experience to our program.  She holds an MA in Education along with a BS in Elementary and Special Education. 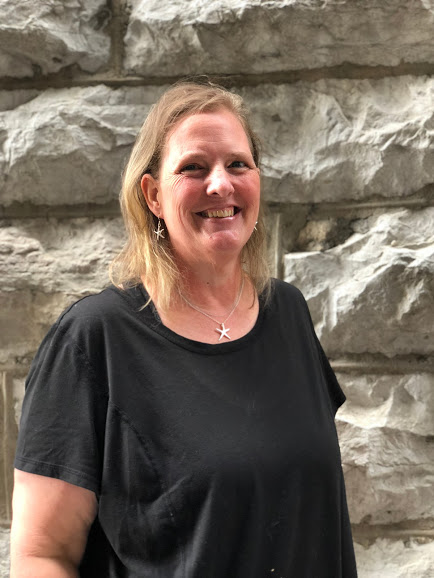 A former early care teacher and child care center director, Heather joined our program in 1997 as a floater and eventually as a toddler teacher. Recognized for her excellent understanding of Reggio-inspired work with toddlers, Heather Marshall is our designated Toddler Team Leader.  Heather is an active member of the TN Reggio Study Group and is a trainer on the local, state and national level. 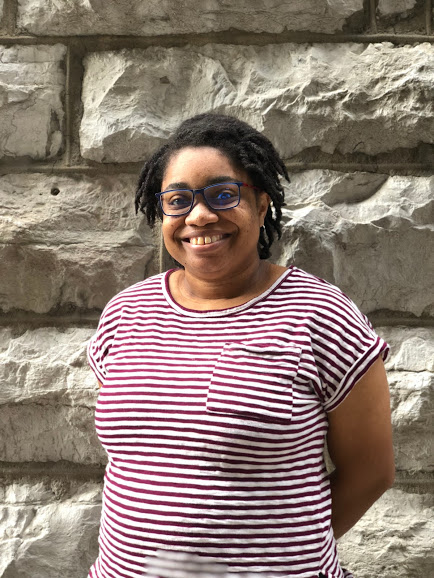 Shatavia Sidiq joined our toddler team in 2018, partnering with Heather as a co-teacher in the Discovers classroom.  Shatavia has a BS in Graphic Arts and many years of experience as a toddler and preschool teacher.  For the past few years, Shatavia has been a participant in McKendree’s Professional Development Institute where she has eagerly explored child-led curriculum practices.

After spending a year in the Navigators Class as an associate educator working with infants, Brittany Iceman joined our Young Toddler program as a  full-time floater.  Brittany supports teachers in all age groups by offering planning coverage but spends the majority of her day with the young toddlers in the Discovers Class.

Galon Greer joined the McKendree team in 2016 as a substitute.  Because of his wonderful rapport with the children,  he joined the Young Toddler Team as a classroom teacher. He partners with Lindsay in the Explorers classroom. Galon holds a BS in Agriculture Education from UT Knoxville (and yes, he serves on our garden team!).  Additionally, he has 18 years of experience with the Boy Scouts as an Eagle Scout and camp counselor.

Teshay McCord joined our Explorers Class as a co-educator after relocating to Nashville early in 2020.  She holds a degree from UT Knoxville in Child and Family Studies and has experience working with children in UT’s Early Learning Centers as well as in two other programs in Knoxville and Memphis.

Lindsey Gallagher joined our program in 2014 and has demonstrated an exemplary fit as an early educator working with toddlers! She co-teaches with Lauren in the newly designed Inventors class. Lindsey has a BS in Human Development and Family Studies from Penn State University.

Lauren Sacco began with us as a floater then found her permanent home co-teaching with Lindsey in our two year old group. Originally from Indiana, Lauren earned an Associate in Early Childhood Development and worked in early care programs in IN, OH, and MI before moving to Nashville and joining our team in 2017.

Hannah Ross joined our team in 2013 and taught in both the older toddler and young preschool classrooms.. Hannah has a BS in Psychology from UT Knoxville and over eight years as an early care classroom teacher. Additionally, Hannah serves as one of our Preschool/ECERS Team Leaders and partners in the Investigators class with Charcia.

A valued part of our team since 2005, Charcia Renwick is a co-teacher in the Investigators Classroom.  Charcia has taken numerous child development classes in pursuit of an Associates degree in Early Childhood from NSCC. Recently she  “looped up” with many of the children into her class and loves to engage in play and hands-on learning with  two and three year olds. 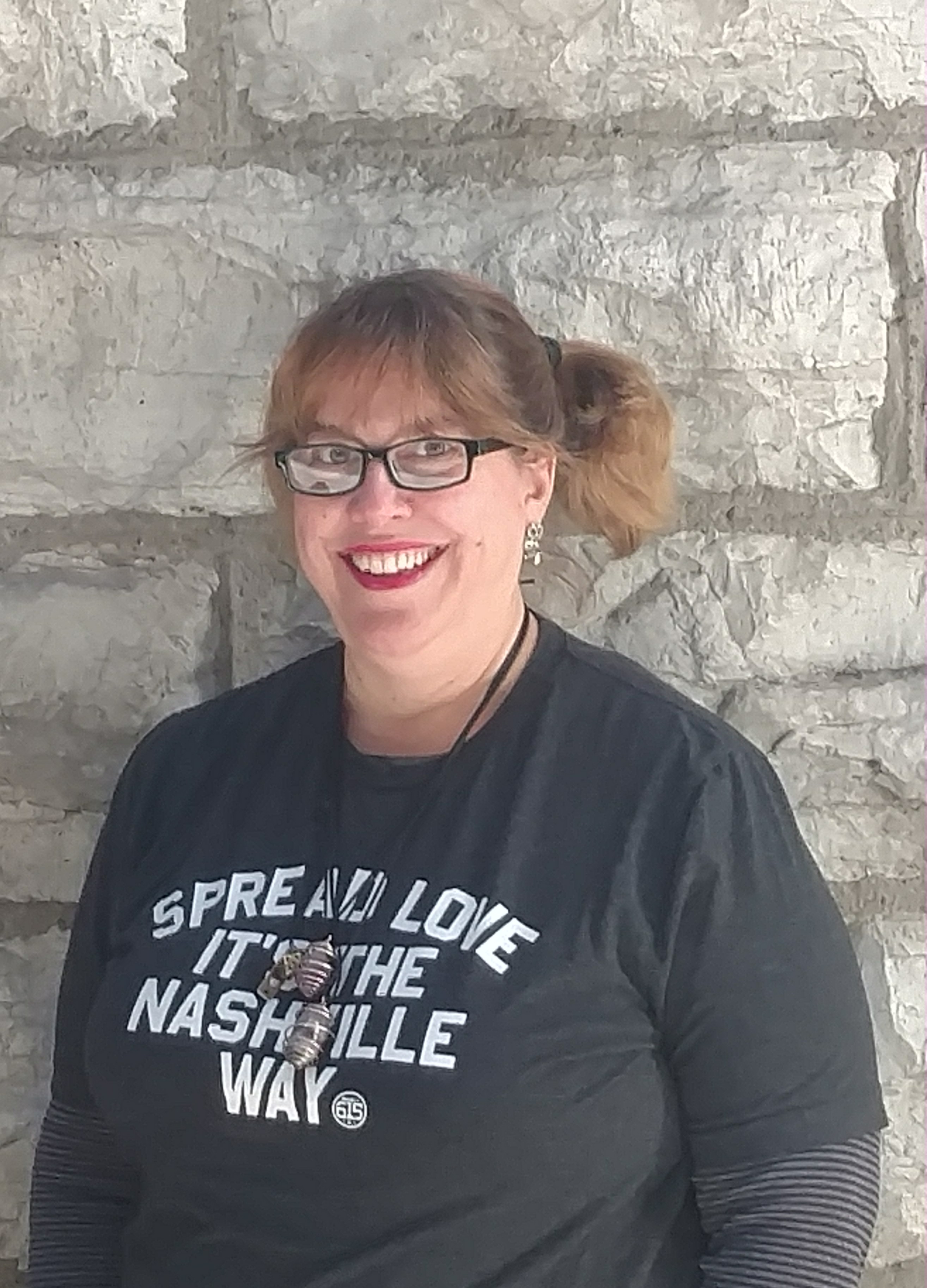 A San Francisco transplant, Liz Davis brings over 30 years of experience as an early care professional to our team.  With a passion for play, children’s literature, and healthy social/emotional development.  Liz has a BS Early Childhood Education from California State University, Sacramento. Liz joined our team in early 2018 and looped up with her threes into our Researcher classroom.

Laura Atherton stepped into our program as a teacher in 2016. Laura has a BS in Child Development and Family Relations from TN Tech and has worked with young children as an early preschool teacher and as an active volunteer involved in children’s ministry works.  She recently moved up with her group of children to the Researchers class.

Danielle Ficili joined our program in 2012 after completing an AS in Early Childhood Education from NSCC.  Designated as one of our Preschool/ECERS Team Leaders, Danielle consistently demonstrates a solid understanding of constructivist theory and provides the children in her care (3, 4 and 5 years olds) rich experiences in inquiry-based play.  Danielle partners with Anita and Nicole in our newly renovated Pre-K classroom. 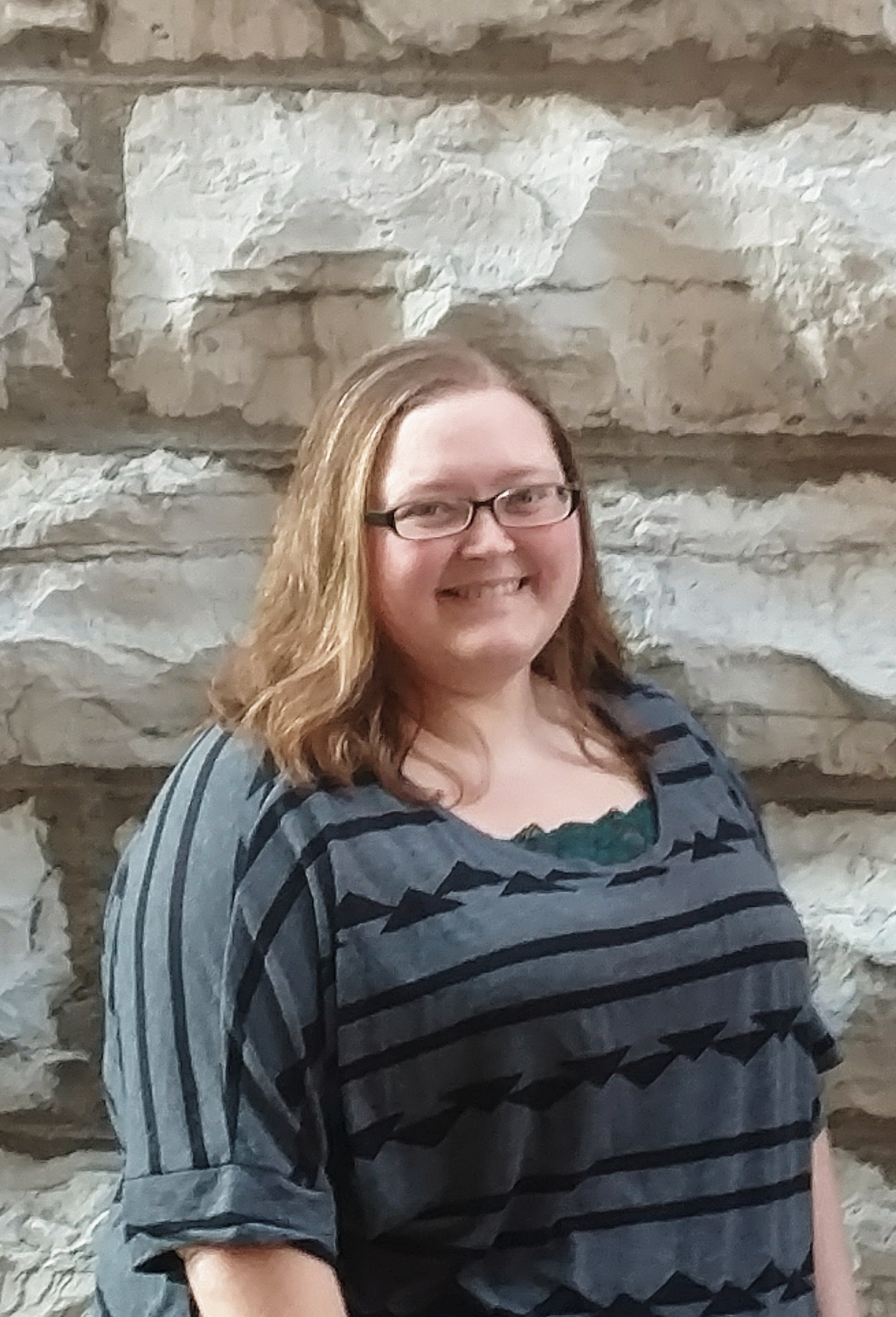 A Part of our team since 2017, Anita Murphy co-teaches in the Constructivists Classroom with Danielle and Nicole.  Holding a degree in Christian Education, Anita has led Children’s Church Ministries, worked as a Camp Counselor, and been a teacher at several Preschool Programs.  She is excited about supporting young children as they explore and learn.

icole Sexton joined our program after working for Metro Public Schools as a Pre-K and Kindergarten teacher. Nicole earned a BS in Early Childhood Education from Trevecca Nazarene University in 2012 is delighted to partner with Danielle and Anita in our play-rich and inquiry-based Pre-K program.

Gina Givens has been a part of our program since 1990.  For over twenty years she was a preschool classroom teacher, and now serves as our Center Floater.  In addition to caring for older toddlers each late afternoon and managing the kitchen for snacks and lunch, Gina offers classroom coverage for teachers during their planning time, collaboration meetings, and as an occasional substitute. 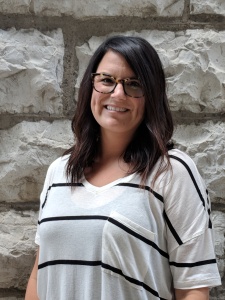 A former McKendree Preschool teacher, Lori Gilmore now works as a substitute in a variety of our classrooms.  Lori has over twenty years of experience working young children and earned a Master’s in Clinical Psychology from Antioch University in California. 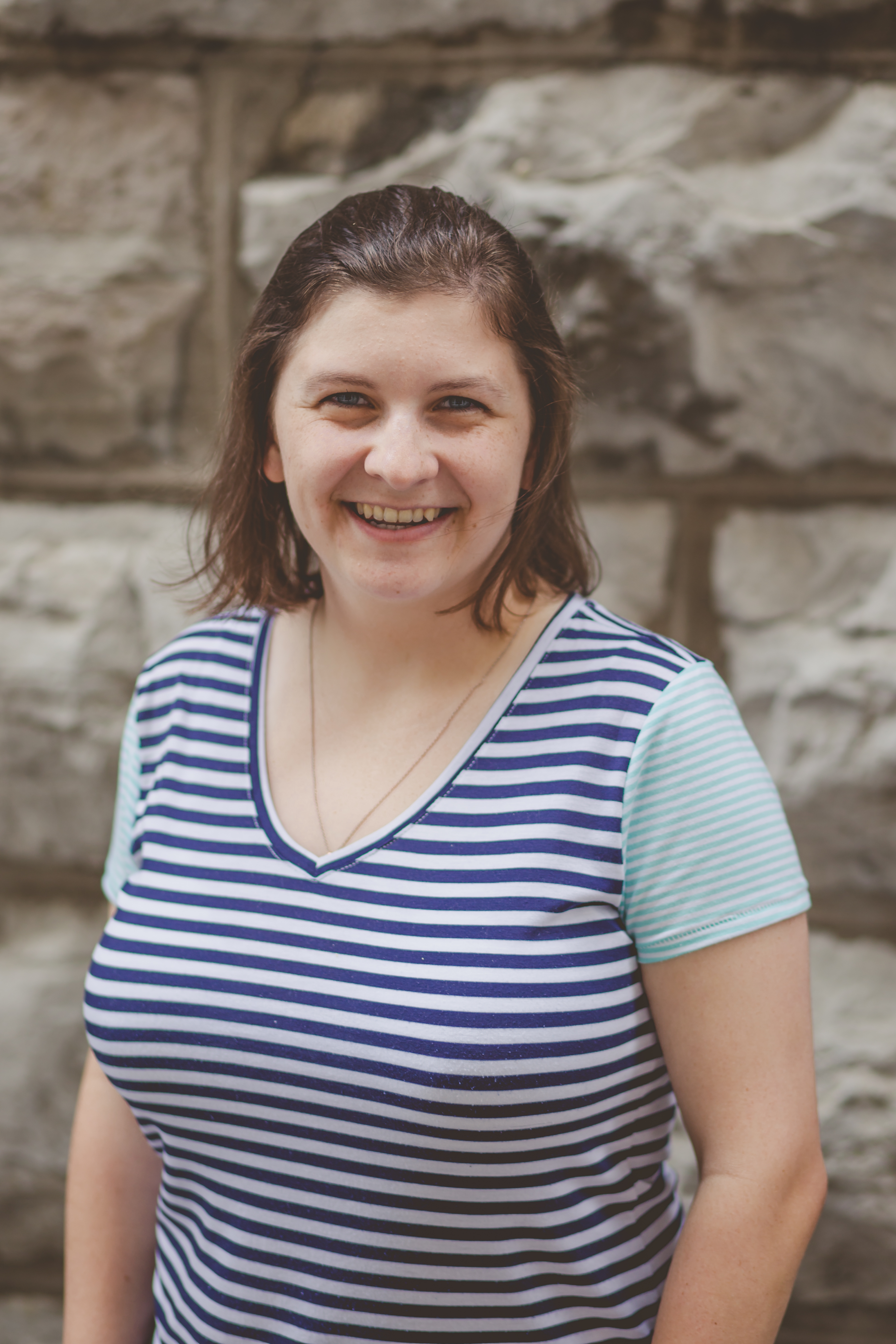 Lindsey Hyde worked in the Discoverers Class as a co-teacher after joining our program in 2017. After a year, family needs shifted and Lindsey’s role with us changed to part time.  We are delighted that she can continue to work as a substitute in our program. Lindsey has a degree in Early Childhood Education from Trevecca Nazarene University and has a heart for mission work with children. 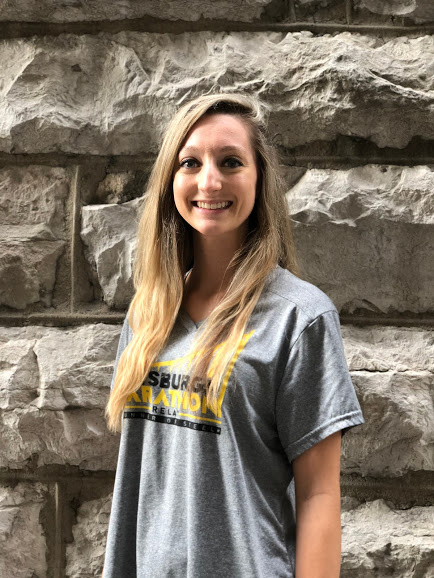 Lindsay Cummings served  as a floater and co-educator in our toddler program since 2018.  In early 2020, Lindsay’s role changed to center sub so that she could begin a part time business.  Experienced as an assistant teacher  and camp counselor with children, birth to school age, Lindsay also has over 41 semester hours in early childhood development and business from Jamestown Community College, NY.

Calendar of Closings for 2020

CALENDAR OF CLOSINGS FOR 2020